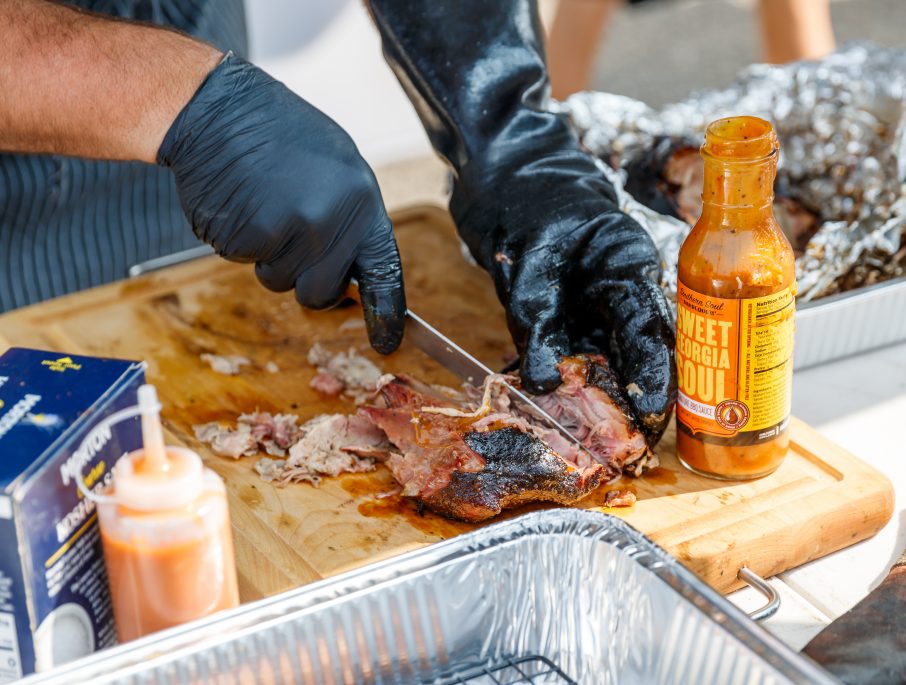 Festival fans and music lovers will converge in Kennesaw for two days of barbeque bliss at the City of Kennesaw’s Pigs & Peaches BBQ Festival on Friday, August 23, 6 – 10 p.m. and Saturday, August 24, 10 a.m. – 10 p.m. at Adams Park. The event will be held rain or shine. Admission is free.

From its humble beginnings, Pigs & Peaches has grown into one of the region’s most beloved festivals attracting an estimated 65,000 attendees annually. Now in its 19th year, the festival features two days of non-stop music, good eats, cold beer and interactive family-fun. Attendees will find over 200 vendors, exhibitor and contestant booths, a Kid Zone full of inflatable jumpers, amusements and attractions, tons of tasty treats to satisfy every whim, and an incredible lineup of live entertainment and street performers.

At the heart of the festival is a Kansas City Barbeque Society sanctioned competition, which is also recognized as a official Georgia BBQ Championship event. Additional cooking events include a Backyard contest for amateurs, Anything Butt and Peach Dessert contests. Over $16,000 in cash and prizes will be awarded to contest winners.

Music headliners on the Main Stage include the sound of Ragtime combined with 1920’s style Dixieland Jazz from Blair Crimmins and the Hookers on Friday at 8:30 pm, and the best Aerosmith tribute band in the land, Pandora’s Box on Saturday at 8 pm. Supporting acts include Daniel Lieving, Dawson Edwards, the School of Rock East Cobb House Band, Rusted Soul, and Daniel Lee.